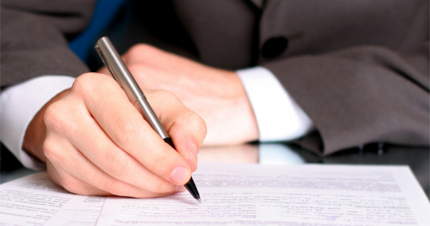 We are aware of and we consider the particularity of every translation and we perform our work at the highest level.

If it is necessary that your translation keeps the original format as well as the output schedules, charts, fonts, spacing and illustrations, we are ready to do the translation taking that into account.

As a result you will receive a translation which is identical to your original text’s graphic design.

We do not give any information about accomplished translations and/or clients to any persons or institutions, except and only to the extent as/if it is demanded by Latvian law enforcement authorities reposing on the legislation.

b) 1st degree texts with additional elements of layout (including tables), illegible texts, handwritten texts, texts with a lot of numbers and symbols etc.

b) 2nd degree texts with additional elements of layout (including tables), illegible texts, handwritten texts, texts with a lot of numbers and symbols and so on.

c) texts of medium difficulty with notarial certification or attested with translator’s signature;

Translation of texts using other programmes (Excel, PowerPoint etc.), except

To get information about prices and terms please contact us or fill in the electronic application form.